Skip to content
Home Models ➞ Curvy Models featured in the Sports Illustrated Issue 2018 broke the internet. but is this cast diverse enough for you?

Sports Illustrated Swimsuit released yesterday the images for the 2018 issue and it broke the internet literally, even on our own page.

This issue will be the most diverse one so far, but is it also diverse enough for you?

Here are the highlights of the issue:

Sports Illustrated Swimsuit managed to create yet another record by choosing Danielle Herrington as their third African American woman. Before it was Tyra Banks, the creator of Americas Next Topmodel in 1997 and Beyonce in 2007. I really love their decision to have Danielle as their cover, especially since it’s Black History Month in the US.

“The Atlanta native, a former Miss Georgia USA, has been modelling full-time for the past three years. Jazz (as her friends call her) is quite the athlete. She played lacrosse and ran cross-country in high school, where she was also captain of her track and field team. Her background in sports shouldn’t be that surprising, though. Her dad is former NBA player Gerald Wilkins and her uncle is NBA Hall of Famer Dominique Wilkins.” – Source

Raven Lyn is signed under Storm Management and has modelled for some brands like Gap, Nike, Levi’s, Sephora, and Garnier.  She has also worked with some big names like Zayn Malik (in his Snakeships Music video) and The Weeknd for the Puma XO ad. Raven is an American model who grew up in Minneapolis, Minnesota.  She owes her exotic beauty to her African, Puerto Rican, Irish, and Native American roots.

First Curve Cover Model Ashley Graham is also featured this year in the magazine and her images where the most shared ones on my feed. It is now the third time that the model and designer will be seen in the issue and she wears again her own collection with Swimsuits For All.

Tabria Majors might not get as much attention for being in Sports Illustrated Swimsuit as the curvy leader Ashley, but I want to point out for a second that she is the FIRST AFRICAN AMERICAN CURVE MODEL to be featured in the magazine. Tabria, who is signed under Natural Models LA, said this in an interview with SI Swim about her education: “I went to the University of Memphis. I was a music business and piano performance major.”

Hunter Mcgrady, who is signed under Wilhelmina Models LA/NY, is the second time featured in the magazine; but for the first time a Rookie. For the 2018 issue she participated in the “In Her Own Words” project, after “Jamie Frankel came up with the brilliant idea of doing the shoot with words written on our bare bodies. Words that were personally meaningful to us. Words that we thought embodied our story, our truth, and our viewpoint.” – Source

Myla Dalbesio is an American model, artist, and writer. She is signed under Next Models and most known for her campaign as the first curve model working for Calvin Klein in 2014. Myla also participated in the “In her Own Words” shoot in which she showed solidarity for the #MeToo movement. She is regarded as a plus size model, because with her size 10 she is not a straight size model for the Fashion Industry anymore.

Robyn Lawley is a Curve Model from Australia, that is living in New York. She is most known for her feature in Vogue Italia alongside with Tara Lynn and Candice Huffine. She sparked a lot of controversy for being named a plus size model, because as a size 8 model she is too big to be a straight size model. She was also part of the “In Her Own Words” shoot photographed by Taylor Ballantyne.

Kate Wasley is known as being one part of the model duo “any.body_co”. She and her friend Georgia Gibbs are both featured in the issue of 2018. Their project presents size diversity, because to them beauty has no boundaries.

Aly Raisman is an American gymnast and two-time Olympian. She was a member and captain of both the 2012 “Fierce Five” and 2016 “Final Five” U.S. women’s Olympic gymnastics which won their respective team competitions. Raisman is the 2016 Olympic individual all-around silver medalist and floor silver medalist.  Raisman is Jewish with roots in Romania. She recently joined UNICEF Kid Power as a brand ambassador Kid Power Champion. In November 2017, Raisman came forward as one of the many victims sexually abused by the former Olympic team physician, Larry Nassar, starting from the age of 15. On January 19, 2018, Raisman was one of several victims that read impact statements at Nassar’s sentencing. (Source)

Due to her own experience, she contributed to the #MeToo movement also by participating in the “In Her Own Words” shoot.

Sloane Stephens is an American tennis player. She has won five singles titles, including her first Major at the 2017 US Open. With that victory, she became the lowest ranked player to ever win the women’s singles title and the first American woman apart from the Williams sisters to win a Grand Slam since Jennifer Capriati in 2002. Stephens was awarded WTA Comeback Player of the Year in 2017. (Source)

Brenna Huckaby is the First Paralympian to appear in SI Swimsuit. She is a pro Paralympic snowboarder, and this is her wish for the readers when seeing her in the magazine: “I hope women feel empowered by it. Everyone should feel sexy. It doesn’t matter what your body looks like, when you feel good in your skin it shows. Let me tell you, there is absolutely no reason you shouldn’t feel good in your own skin!” – Source

Kate Upton an American model and actress, known for her appearances in the Sports Illustrated Swimsuit Issue. Appearing in the issue of 2011 as a Rookie was her breakthrough as a model. Kate is known for her curves and is signed under IMG. (Source)

Paulina Porizkova is a Czech-born Swedish model, actress, author and feminist, who holds dual U.S. and Swedish citizenship. At 18 years old, in 1984, she became the first woman from Central Europe to be on the cover of the Sports Illustrated swimsuit issue. She is also known for appearing in the song “Drive” by the band Cars. (Source)

In 2018 she decided to get back with Si Swimsuit at the age of 52. Here is a quote from her “In Her Own Words” article: “For years now, I’ve had nightmares about being once again photographed for the Sports Illustrated Swimsuit Issue. In those dreams, I’m in a bikini in some fabulous place, a sandy beach with palm trees and a glorious sunset. Although I’m ready for the photo shoot—makeup and hair in place—I just sit there and watch other young models pose. The photographer is yelling “fabulous” and “beautiful” while I wait and wait and the sun is going down. The truth is that I know I am a middle-aged woman and I can’t compete with these beautiful young women. I have other things to offer, but not in this setting. Here, on a beach in the sunset, the only thing that matters is how I look. One doesn’t have to be Freud to get the gist of it. In my opinion, nothing ages as poorly as a beautiful woman’s confidence.” and about the other women from the shoot: “They were beautiful. Women of all different sizes and ages, naked, their skin shouting words they wanted the world to see. Fierce. Human. Lover. Real. Mother. Optimist. Genuine. Strong. None of it was sexy or coy, just vulnerable and honest. The beauty lay not in the perfection of the bodies, quite the contrary, it was in the confidence and bravery it took to reveal their imperfections. I realized the word that I was so proud of having picked wasn’t just mine. Although none of the other women had used it, they had the outcome of that word scribbled all over them. One word that demanded we gather our confidence. Demand we be seen. Demand we speak. Demand we are heard. TRUTH.” – Source

DIVERSITY – ENOUGH OR DO YOU WANT MORE?

After spending the day doing my research for the images I am finally able to write down my questions for you:

Tell us your opinion. 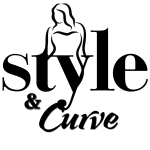 Fashion Trends Are Still Only for Skinny Bodies https://buff.ly/2CvwvDK